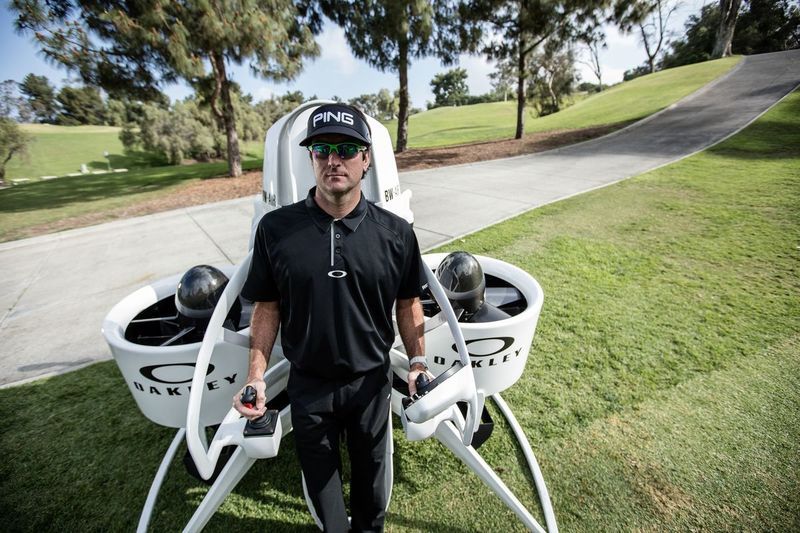 Joey Haar — July 19, 2016 — Marketing
References: martinjetpack & mashable
Share on Facebook Share on Twitter Share on LinkedIn Share on Pinterest
Maybe it's because he has such an unconventional name, but PGA Tour golfer and Masters champion Bubba Watson isn't shy of pushing the limits of the gentlemanly sport with the help of Martin Jetpack. In a promotional video, Watson uses a new 'BW-Air' personal jetpack to fly over the course in lieu of a traditional golf cart.

Released as a hype-up for the upcoming Olympic Games in Rio, in which golfing will be an event for the first time in over 100 years, the video shows Bubba flying through Methven golf course in New Zealand. According to the video, though, the BW-Air isn't just a gimmick; it gives golfers the ability to look at their lie from a bird's eye view and decide their next shot with a more thorough understanding of the course.

Regardless of its potential for use by regular golfers, the video illustrates how golf, a traditionally stodgy sport, is transitioning toward the fun and freedom of internet culture.
6.6
Score
Popularity
Activity
Freshness
Attend Future Festival