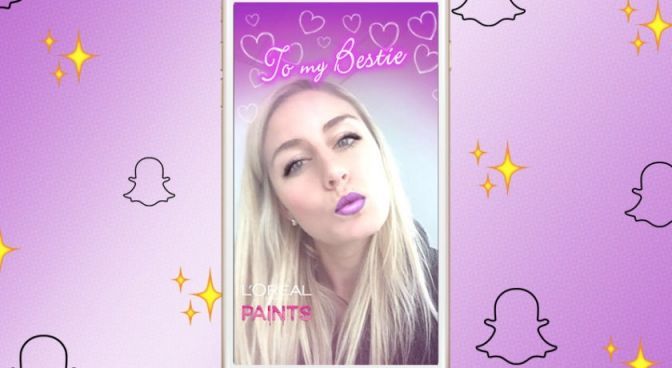 The branded lens allowed consumers to share their artificially makeup-covered faces with their friends, which helped to promote the products that are included in the brand's new line by showing them how they might look on each person. In addition to the branded filter, L'Oréal Paris featured four different ads on its live story to work to the same effect.

Vice President of Integrated Consumer Communications, Kristen Comings, explained the endeavor by saying: "We are excited to build on our leadership in digital innovation to include a lens that is truly interactive, and that prompts subsequent sharing and engagement. The lens was specifically designed to be inclusive so that everyone can take part - whether sending to a significant other, family member or a friend."
3.6
Score
Popularity
Activity
Freshness
Get the 2023 Trend Report FREE

Digital Dating Snapshots
The Lively App Introduced 'Quickies,' or the Snapchat of Dating