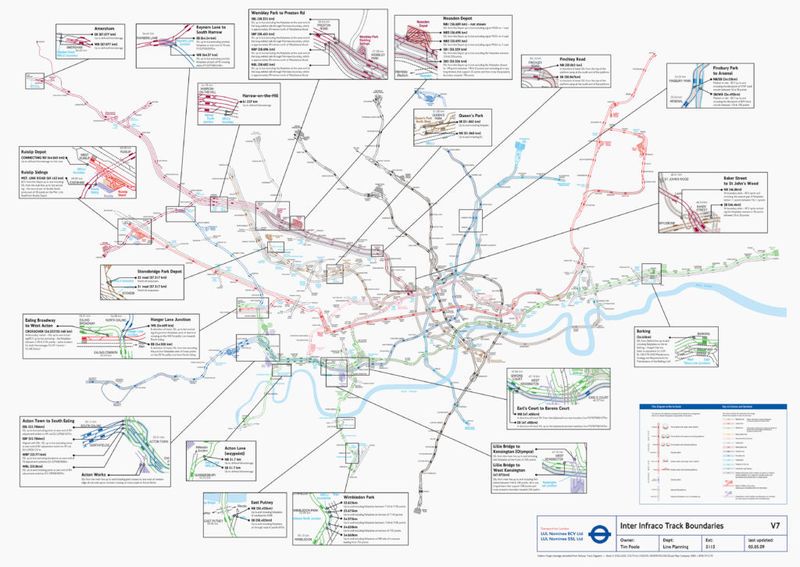 This Map of the London Tube Details Transportation Routes

Joey Haar — September 19, 2016 — World
References: citymetric & wired
Share on Facebook Share on Twitter Share on LinkedIn Share on Pinterest
The London Tube, as Londoners refer to their subway system, is consistently heralded as one of the best transit systems in the world, due to both its extensiveness and its ease of navigation. The well-known and recognizable London Tube map is one of the reasons for that praise, but transit critics might not laud the system as readily if the London municipal transport authority had used an authentic rendering of the subway grid.

A geographically accurate map of the London Tube has been released by 'Transport for London' under the UK's Freedom of Information Act, and it is comparatively baffling. While the augmented map in use on the Tube presents an organized series of parallel lines meeting in neat junctions, the geographically accurate map looks like a jumble of haphazard strings, showing the importance of design in map-making for mass transit.
1.1
Score
Popularity
Activity
Freshness
View Innovation Webinars