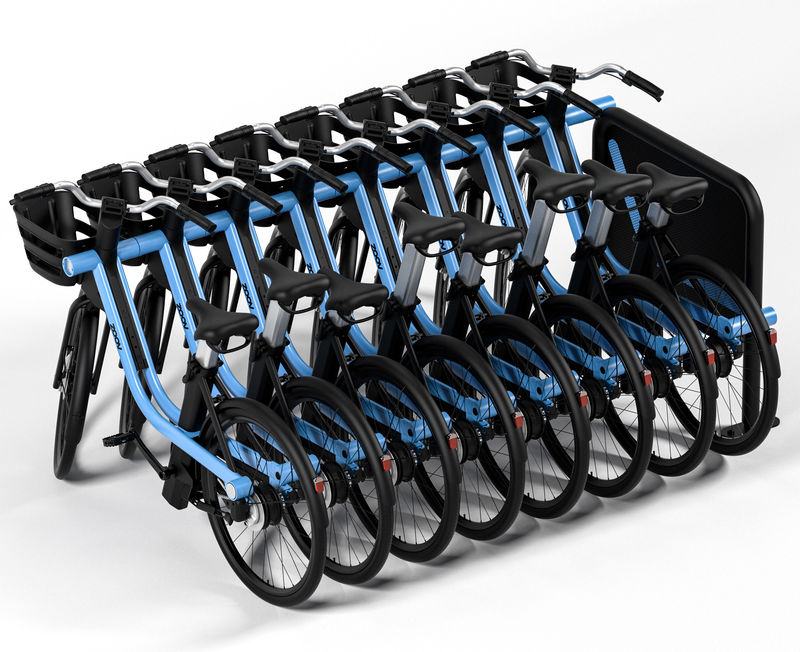 Justin Lam — December 4, 2018 — Eco
References: zoov.eu & dezeen
Share on Facebook Share on Twitter Share on LinkedIn Share on Pinterest
Zoov, a French-based ebike-sharing service, recently worked with the Parisian design office Eliumstudio to develop a system of locking bikes that connect to one another for minimal intrusion on streets and footpaths. Designed to address common complaints surrounding dockless share bikes, this range of locking bikes has users make the most of a minimalist system to reduce clutter on city streets. Unlike traditional sliding docks, the offering from Zoov lets the bikes simply lock onto each other, much like horizontally stacked shopping trolleys.

The locking bikes will first launch in the Saclay Plateau, an innovation hub 20 kilometers south of Paris, before expanding to other French cities in 2019. According to Eliumstudio founder Pierre Garner, "When parked and physically interconnected, Zoov bikes blend naturally into the other street furniture... They punctuate the cityscape rather than dominate it."
5.1
Score
Popularity
Activity
Freshness
View Innovation Webinars