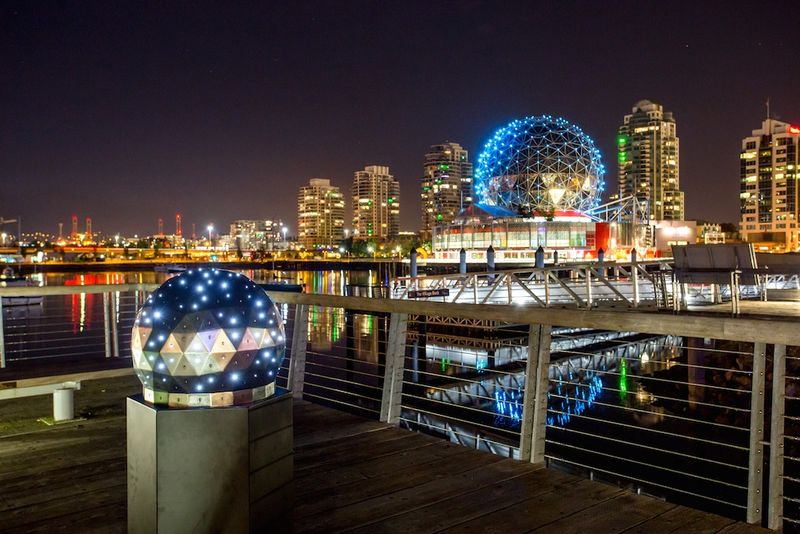 The 'OH!' Orb at Science World Can be Customized by Passersby

Laura McQuarrie — July 21, 2017 — Marketing
References: scienceworld & dailyhive
Throughout the weekends of August in Vancouver, the public will be able to take control of a light-up installation set up at the Canadian city's Science World.

Science World is covered in a series of lights, which can be manipulated by people passing by using a scale model located nearby. The light-up installation called 'OH!' boasts 24 sensors that boast the ability to recognize the movements of hands, making it possible to modify the lights on the structure with one's gestures.

The orb is programmed to create six different animations, which include special patterns, sparkles, bands and waves of light. Since opening of the installation is set to coincide with the dates of Vancouver Pride, the lights shown on Science World will be vibrantly rainbow-colored to celebrate the city's LGBTQ community.
2.8
Score
Popularity
Activity
Freshness