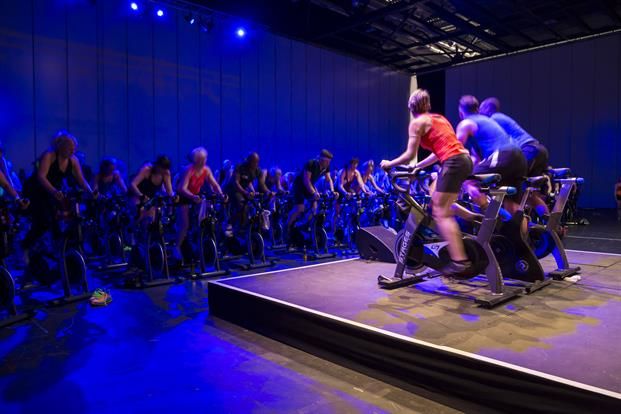 Rebecca Byers — March 17, 2016 — Lifestyle
References: eventmagazine
Share on Facebook Share on Twitter Share on LinkedIn Share on Pinterest
The first of its kind in the 2016 calendar year, the recent Les Mills Live event set the stage for the 10-hour mass workout class. Kicking off at 7:30AM, the event was separated into five parts as made clear by the five different stages set up at the venue, which for this first installment was Excel London, an event and convention center in the London Docklands.

Access to the event granted each visitor with an opportunity to test out all six classes. Throughout the 10-hour event, Les Mills instructors led 35 classes, like Bodypump and even a new offerings such as Les Mills Sprint and Les Mills Grit, both of which are high intensity interval training-style workouts.

The Les Mills Live event was brought to life by agency Itch Experience and was attended by approximately 4,000 people. Les Mills is expected to announce additional UK and international dates for 2016 in the coming weeks.
3.2
Score
Popularity
Activity
Freshness
View Innovation Webinars