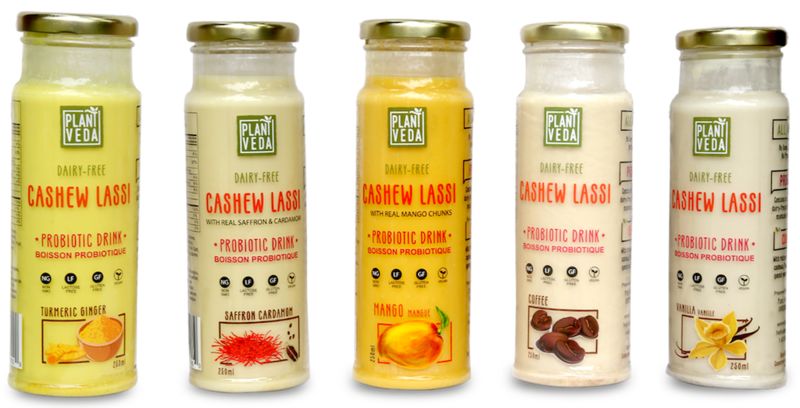 Laura McQuarrie — August 3, 2019 — Lifestyle
References: plantveda & bevnet
Share on Facebook Share on Twitter Share on LinkedIn Share on Pinterest
Lassi is a traditional, yogurt-based drink that Plant Veda has turned vegan-friendly with its entirely plant-based and probiotic lassi beverages. The brand's Probiotic Cashew Lassis are made with a richly whipped nut-based cashew yogurt, plus other classic additions like spices and fruits. As such, the vegan lassi beverages are offered in varieties like Mango, Saffron Cardamom, Coffee, Turmeric Ginger.

The probiotics included in the drinks are from dairy-free cultures to support gut health. In addition to boasting properties to support digestive wellness, lassi is also known for its cooling, thirst-quenching effects. Unlike many nut-based beverages, these ones from Plant Veda are free from gums or thickeners, and only include simple additions like oats to mimic the mouthfeel of dairy.