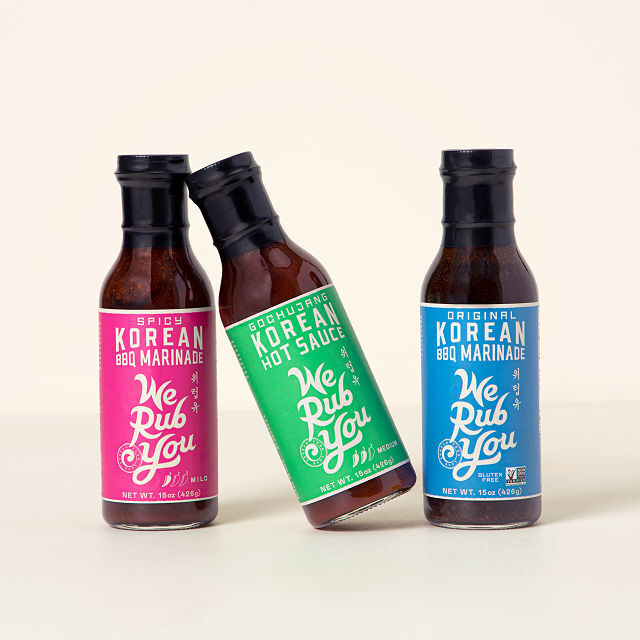 Grace Mahas — July 21, 2021 — Lifestyle
References: uncommongoods
Share on Facebook Share on Twitter Share on LinkedIn Share on Pinterest
The origins of Korean barbecue dishes can be traced back hundreds of years and Ann and Janet Chung are bringing these traditional flavors to North America with the launch of their three new Korean BBQ marinades. The authentic small-batch vegan Korean sauces are based on a family recipe and include the Korean BBQ Marinade, the Spicy Korean BBQ Marinade, and the Gochujang Korean Hot Sauce. The sauces' original variety blends are described as "the crispness of apples, and the nuttiness of sesame with the warmth and tang of garlic and ginger."