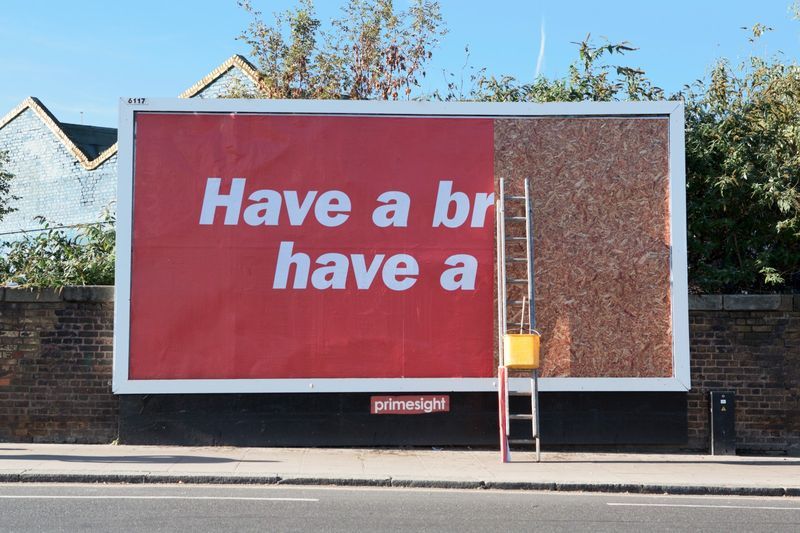 Laura McQuarrie — October 12, 2014 — Marketing
References: kitkat & adeevee
Share on Facebook Share on Twitter Share on LinkedIn Share on Pinterest
This funny Kit Kat ad tells the story of a worker who decided to take the slogan of the chocolate brand to heart during the installation of this billboard. By now, the Kit Kat's "Have a break, have a Kit Kat," slogan is extremely well known. Rather than completing the phrase, the billboard is set up to look as though whoever was installing it decided to give up on their job halfway through and take a break instead, abandoning ladder and all.

The ironic ad brings a playful twist to the well-known slogan, while still providing enough identifiable elements so that you know that the ad could only be in reference to a bar of Kit Kat chocolate, which is mostly thanks to the iconic red and white coloring of the print.
3.4
Score
Popularity
Activity
Freshness
Access Advisory Services