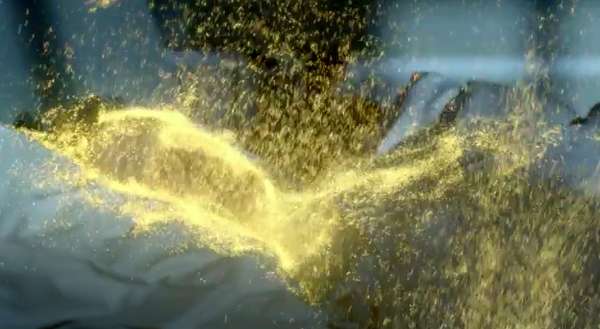 Katherinev123 — February 3, 2012 — Autos
References: kiamotors & adage
Share on Facebook Share on Twitter Share on LinkedIn Share on Pinterest
So far, we've seen game-day spots and teasers for Chevy, Acura, Toyota and more, and now the extended version of the Kia Super Bowl spot has been released. Developed by LA-based David & Goliath, this charming spot showcases how a man's dreams take on epic proportions, with celebs making an appearance along with the 2012 Kia Optima.

In the ad, the sandman comes to pay a sleeping couple a visit but accidentally spills all of his magical "dream dust" on the man, whose dream turns into a fast-paced, adrenaline-packed fantasy of him driving the Kia Optima while seeing hot girls in bikinis, celebs like Adriana Lima and Chuck Liddell, and the Motley Crue playing in the background. Appropriately, the commercial's tagline is "A Dream Car. For Real Life." Watch the exciting Kia Super Bowl spot here (there's a cute twist at the end).
1.8
Score
Popularity
Activity
Freshness
Get Better and Faster