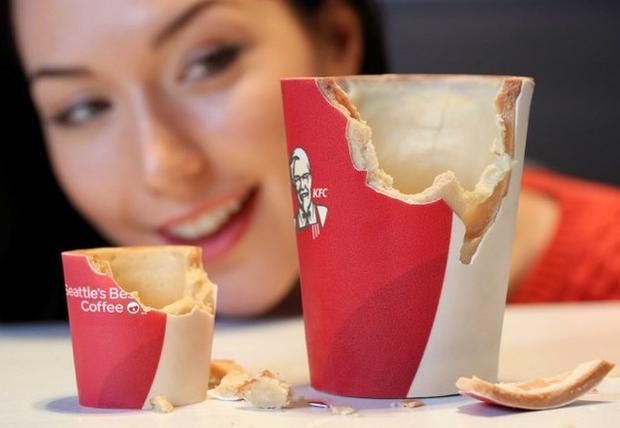 Rebecca Byers — February 27, 2015 — Lifestyle
References: mentalfloss
Created in order to celebrate the introduction of KFC's Seattle's Best Coffee range in its UK locations, the KFC edible cup is a cookie resembling a coffee to go cup.

The cups are infused with scents that are supposed to inspire memories of summer, such as Coconut Sun Cream, Freshly Cut Grass and Wild Flowers. The KFC edible cup consists of a biscuit cup with an outer layer of sugar printed to resemble a real to go cup and has a white chocolate coating on the inside.

In order to produce the KFC edible cup, KFC brought in the help of food scientists The Robin Collective, who invented the "Scoffee," which is still in its developmental stage and is expected to hit stores in summer 2015.
4.1
Score
Popularity
Activity
Freshness