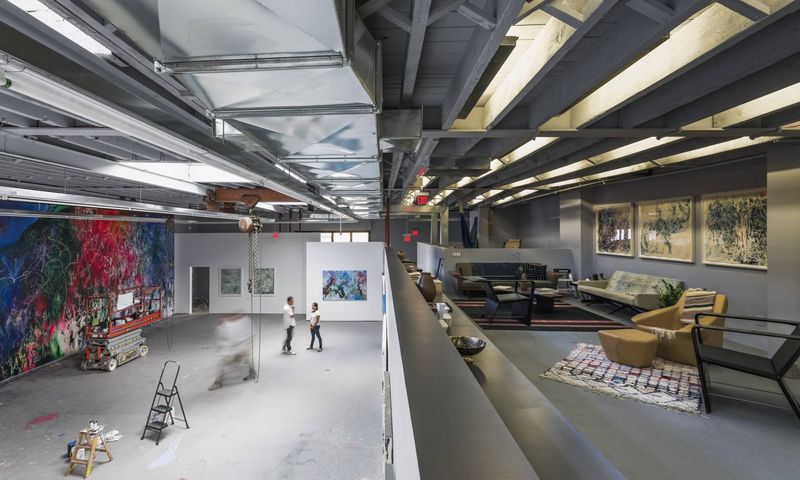 This Warehouse was Transformed into a Studio for Jose Parla

Rebecca Byers — February 20, 2015 — Art & Design
References: snohetta & hypebeast
Norwegian design firm Snohetta created a sprawling studio for Brooklyn-based artist Jose Parla in an old warehouse. The stunning space is divided into two areas, The Arena, where Jose Parla will be able to create his large scale works, such as his recent mural for Tower 1 of the World Trade Center and The Nest, a loft-like mezzanine that looks down into the studio space.

The Cuban-American artist collaborated with Snohetta on the studio space, one of several projects in which they joined forces. Jose Parla created a mural inside Snohetta's James B. Hunt Jr Library at North Carolina State University and did the facade for the Far Rockaway Public Library in Queens.