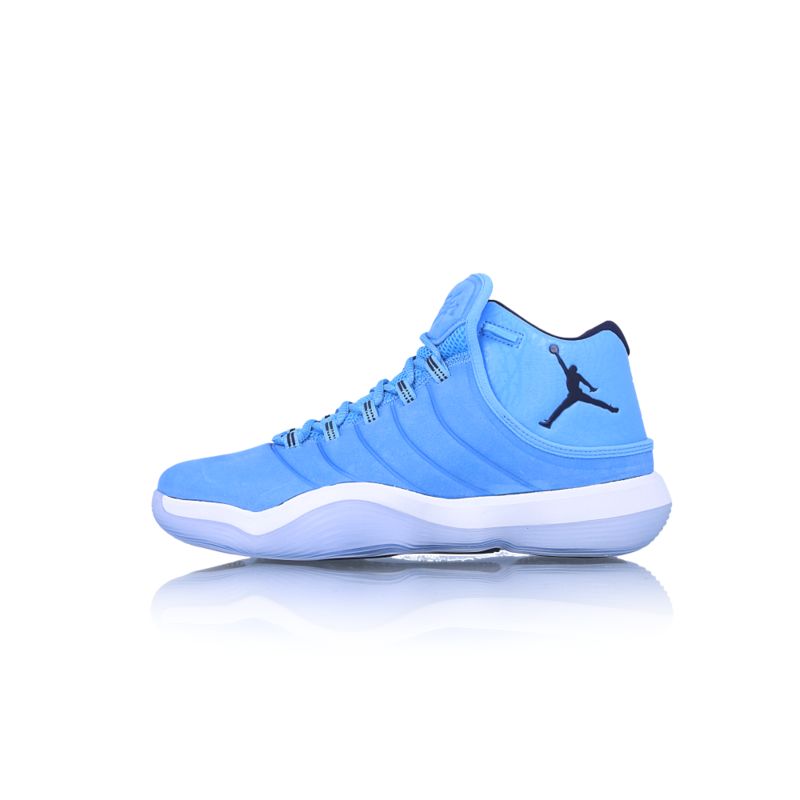 Joey Haar — November 14, 2017 — Fashion
References: kicksstore.eu
Share on Facebook Share on Twitter Share on LinkedIn Share on Pinterest
The average person knows Michael Jordan for his historic years playing for the NBA's Chicago Bulls, but the man who's in the top two basketball players of all time had already begun his path to excellence while in college, and the Jordan Super.Fly 2017 UNC shoes honor that early legacy. The kicks boast the University of North Carolina's colors — Michael Jordan's alma mater and the place where he first established his basketball greatness.

In terms of specs, the Jordan Super.Fly 2017 UNCs feature the latest in cushioning, including the ultra-responsive Nike React foam. Naturally, though, the colorway is what sets these sneakers apart from the other Super.Fly 2017s in the collection, and it's a great way for true Jordan fans to show off their knowledge of his career.
4.5
Score
Popularity
Activity
Freshness
Get the 2021 Trend Report FREE