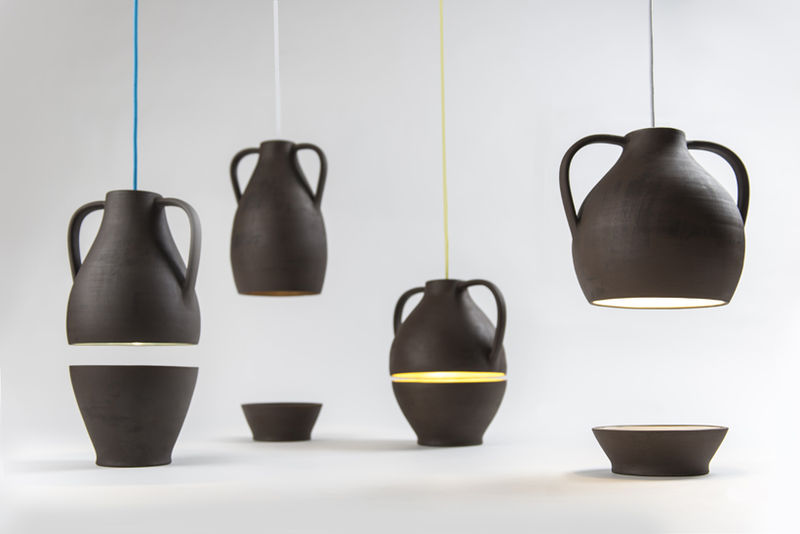 Amelia Roblin — September 29, 2014 — Art & Design
References: mejdstudio & dezeen
The intrigue of the Jar Ceiling Light is threefold, as you can tell when you first set eyes on either set of objects in this small collection. The MEJD Studio of Bratislava began with two iconic forms of timeless amphorae, proceeding to cut them each in half to produce two distinctive items.

The top halves of the handled ceramics have been fitted with light fixtures and treated as pendant lamps. They can suspend from the top of the room at one's desired height, with a long line being particularly interesting. The idea is that the Jar Ceiling Light be visually finished with the placement of a bowl beneath it -- specifically, the base that completes the vase's full form. The closer they are together, the more obvious is their connection.
0.7
Score
Popularity
Activity
Freshness