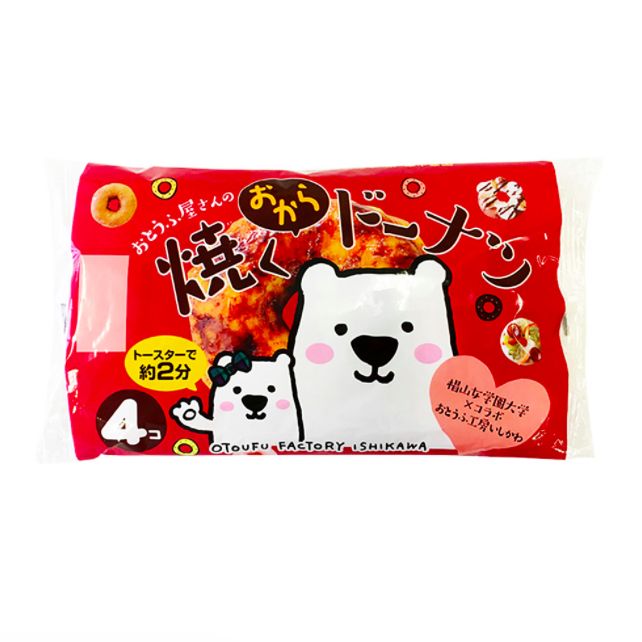 The donut is made from Okara, also known as soy pulp, which is made from the insoluble parts of the soybean after it is filtered during the production of soy milk. As soy and tofu are both incredibly versatile, there are also a number of ways that this Japanese donut snack can be enjoyed. For instance, ISHIKAWA recommends serving it with a topping of custard cream and brown sugar, or banana, marshmallows and almond, or making 'Okara Donut French Toast.'