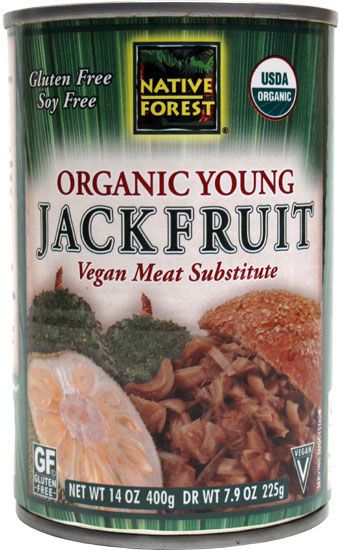 To help consumers become aware of jackfruit as a satisfying vegan meat substitute, Native Forest packages its Organic Young Jackfruit by the can and labels it as such. The plain, meaty fruit is highly adaptable, meaning that it can be used in a range of applications, especially as a stand-in for chicken or pork. Like meat, the jackfruit begins to shred as it is cooked, and boasts the ability to take on the flavors of spices, seasonings and sauces of one's choice.