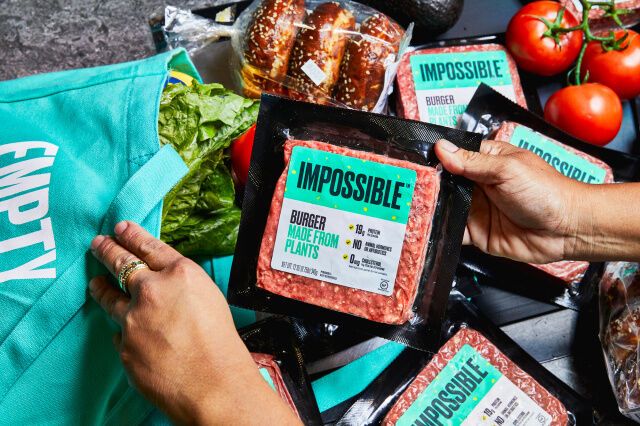 The Impossible Burger Will Be Sold at Walmart Stores

Previously the Impossible Burger was being sold at other retail locations including Kroger, Safeway, Albertsons, Vons, and others. Additionally, Impossible Foods also announced that its burgers will also be available at Trader Joe's. The Founder and CEO of the company, Dr. Patrick O. Brown, stated that the goal is to have Impossible Foods available everywhere that consumers purchase meats. Making the products available at retail locations increases the number of people who can switch to plant-based meat products.