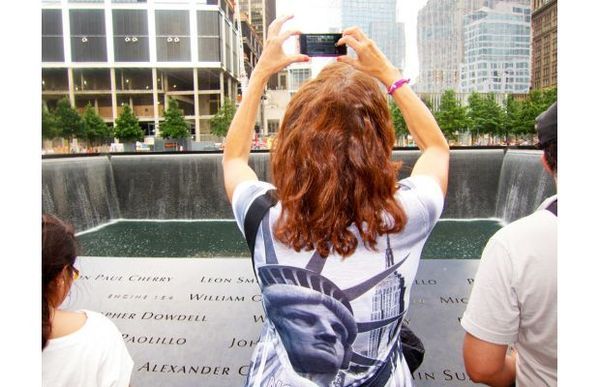 Rahul Kalvapalle — April 29, 2014 — World
References: dollyfaibyshev & complexmag
Share on Facebook Share on Twitter Share on LinkedIn Share on Pinterest
'I Love New York' is a photographic series that captures the tourist experience in New York. Many New Yorkers see tourists as an annoyance and a nuisance, but New Yorker and self-taught photographer Dolly Faibyshev saw them as an opportunity and an inspiration.

A second-generation Russian immigrant, Faibyshev pretended to be a tourist, photographing herself as a tourist in her own city. She visited classic New York City tourist attractions, took bus tours and even purchased cliche NYC memorabilia. The resulting collection of photos project the city through the enthusiastic, wonder-filled eyes of a tourist. The 'I Love New York' photos show Faibyshev taking photos of the city and taking a boat tour, among other things.

“The tourists in New York are enjoying the city as their own circus, or their own show, not worried about what people are thinking,” Faibyshev said.
1
Score
Popularity
Activity
Freshness
Get the 2023 Trend Report FREE