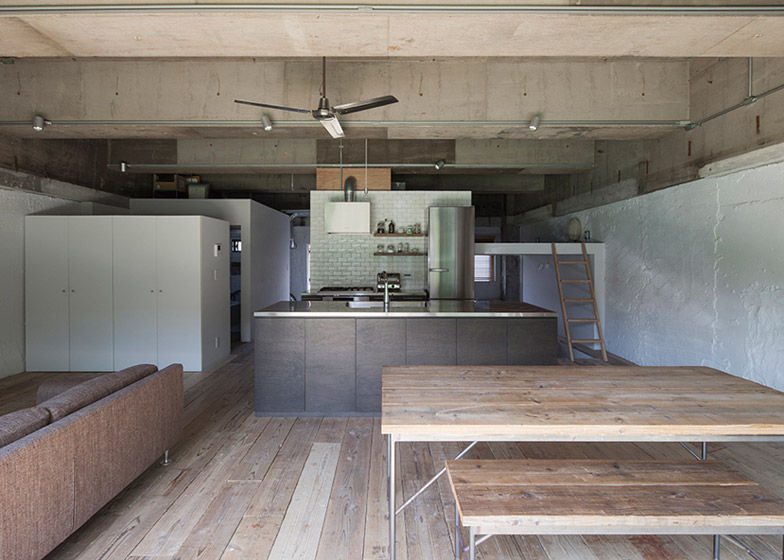 The House in Yutenji Features a Series of Boxes

The plasterboard boxes stop short of the ceiling, allowing the extra space to be used for storage purposes. Tanaka explains, "The couple living here pass between the boxes, sleeping in the box, climbing the box to go up to the loft." The bedroom is contained in the largest box, accessed through the entrance hall, and features a side platform that can be used as a reading space. On the other side, an opening allows visitors to ascend to the raised living space.

The concrete walls are painted white, up to a certain point, after which they are left exposed to better correspond to the ceiling beams.
1.9
Score
Popularity
Activity
Freshness
View Innovation Webinars