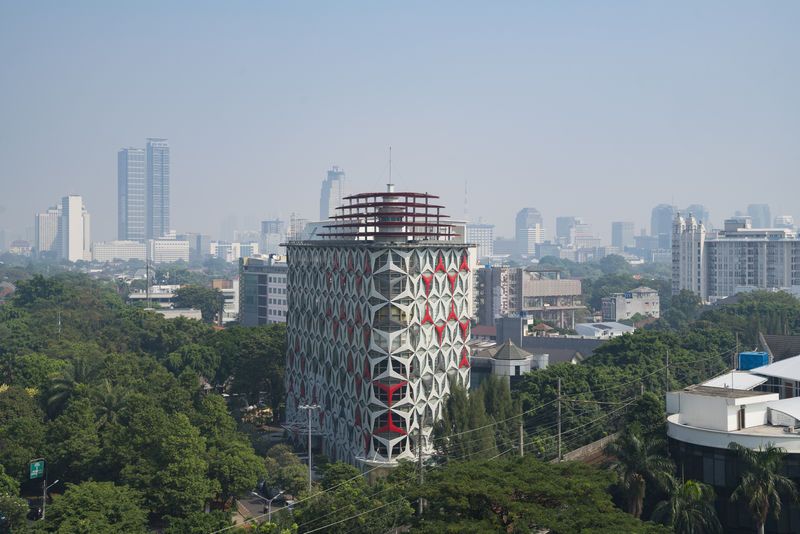 The 'HDI Hive' in Menteng, Indonesia, has a Dramatic Facade Design

Joey Haar — May 30, 2018 — Art & Design
References: archdaily
Share on Facebook Share on Twitter Share on LinkedIn Share on Pinterest
HDI is a company based out of Indonesia that makes health products either inspired by or directly indebted to bees, so the HDI Hive in Menteng is a fitting office building. The 9-story commercial space has an incredibly dramatic facade that was designed by local firm PT Evirotec Indonesia and features interlocking three-pointed stars that join to create massive interwoven hexagons all over the outside of the space.

Of course, the hexagonal shapes all over the facade are meant to elicit the shape of honeycombs because of HDI's line of work. Those honeycombs are made apparent even further thanks to grey and bright red stars placed at strategic locations.

The interior of the building, which was also outfitted by PT Envirotec Indonesia, continues the motif of stars and honeycombs.