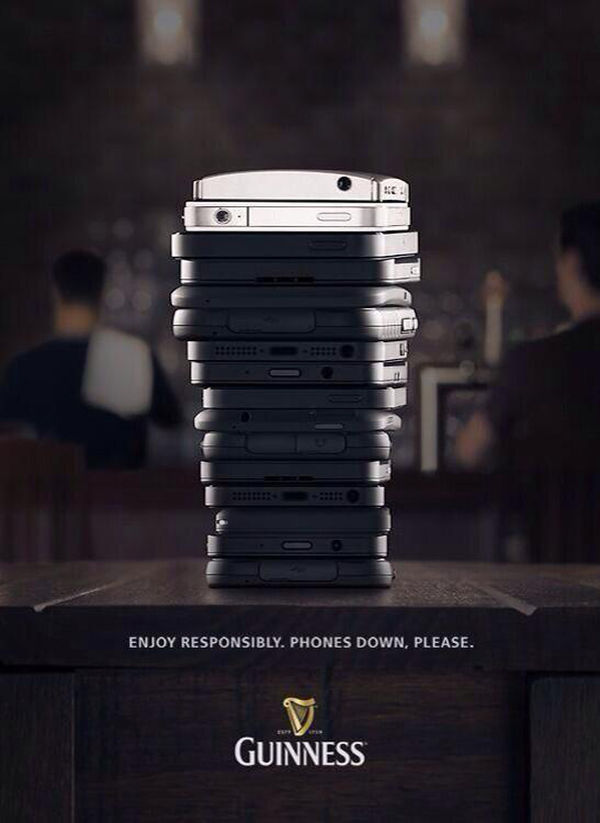 This Guinness Advert Wants Phones Down and Bottoms Up

Laura McQuarrie — February 6, 2014 — Tech
References: businessinsider & creativecriminals
This Guinness advert cleverly dissuades people from using their phones in a bar. The ad is made up of phones that have been stacked on top of one another, with the black bodies of the phones perfectly mimicking the dark coloring of Guinness and two silvery phones to form the head on top. The varying shapes and sizes of the phones also help to recreate the silhouette of the Guinness glass.

The ad is quite brilliant, since it makes its focus entirely on phones and beer, and illustrates its point
by showing a pile of phones that have been set aside. In social settings, it’s so easy for a phone to become a crutch, but Guinness is clearly taking a stand against people texting while you could be chatting up someone face-to-face.
4.8
Score
Popularity
Activity
Freshness

Alcohol-Saturated Sweets
The DIY Guinness Brownies are Liquored Up