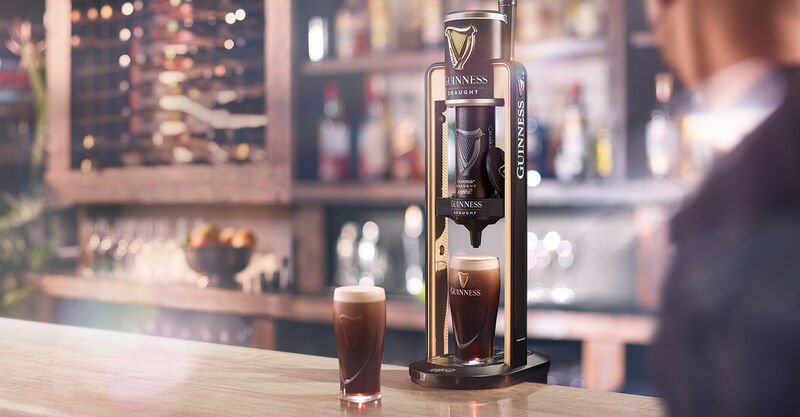 The Guinness Microdraught is an At-Home, Bar-Quality Tap

Niko Pajkovic — November 24, 2021 — Tech
References: guinness & ladbible
Share on Facebook Share on Twitter Share on LinkedIn Share on Pinterest
Irish beer brand Guinness has announced the launch of the Guinness Microdraught, an at-home beer tap system that will pour the perfect pint of the brand's iconic dark stout. Released just in time for Christmas, this pint-pouring device will appeal to die-hard Guinness fans or, more generally, beer connoisseurs who prefer their brews on draught over canned or bottled.

According to the company, the countertop tap utilizes cutting-edge technology to mimic the quality pours found at top-notch pubs and restaurants. "Using a unique, chilled Microdraught can, users are guided by the advanced technology to perform the perfect two-part pour; with the iconic surge and settle resulting in a cold, smooth Guinness," said a spokesperson from Guinness in a recent press statement.

Available for purchase starting December 6, shoppers will have access to the "pioneering" technology that, according to Guinness, has been two years in the making.