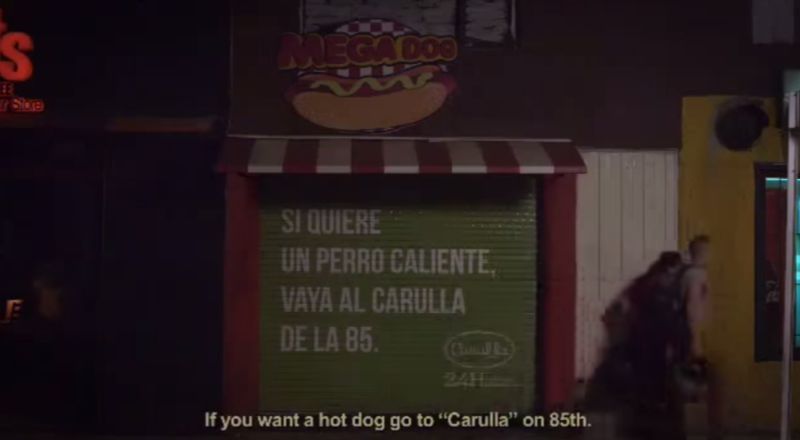 Carulla's Grocery Store Advertisements Only Come Out After Hours

Laura McQuarrie — November 29, 2014 — Lifestyle
References: carulla & creativecriminals
Share on Facebook Share on Twitter Share on LinkedIn Share on Pinterest
In order to make it known to the public that Carulla's stores are open 24 hours, a unique grocery store advertisement campaign was set up. Rather than spreading the message in a conventional way, Carulla had its competitors do the talking.

When local bakeries, grocery stores and liquor stores closed up for the night, Carulla paid these competitors for space on the gates that secured their shops at night. As well as relaying humorous messages, this was a clever way for Carulla to point people in the direction of where they could find a drink, a hot dog or a pastry sometime late in the night after these small shops had closed.

Although it's quite sad to see some of the small shops printed with these messages on them, you had to know that they agreed to give Carulla the ad space in the first place.
0.9
Score
Popularity
Activity
Freshness
Attend Future Festival