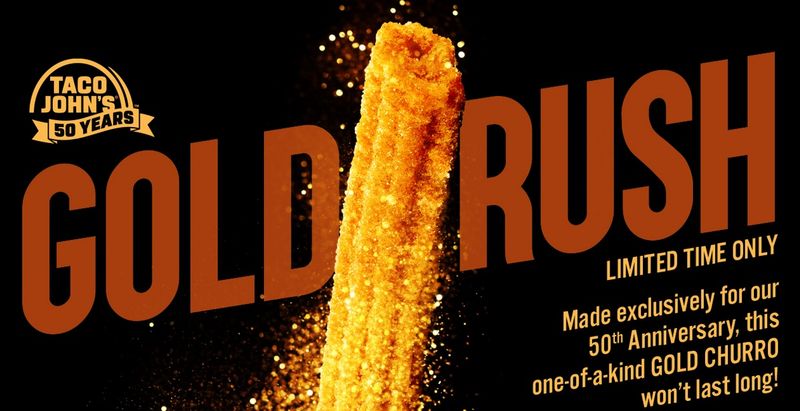 Taco John’s celebrates its 50th anniversary with a couple of special menu items. First up, the chain is bringing back its popular Sierra Chicken Sandwich after a six-year hiatus. But beyond the chicken-filled flatbread, the Mexican-inspired chain is also serving up an eye-popping new dessert called the Gold Churro. Made exclusively for the brand's 50th anniversary, the Gold Churro consists of a stick of ridged dough that's been deep-fried until golden brown and then covered in edible gold dust. As Taco John's points out online, "like any gold rush, it won’t last long."