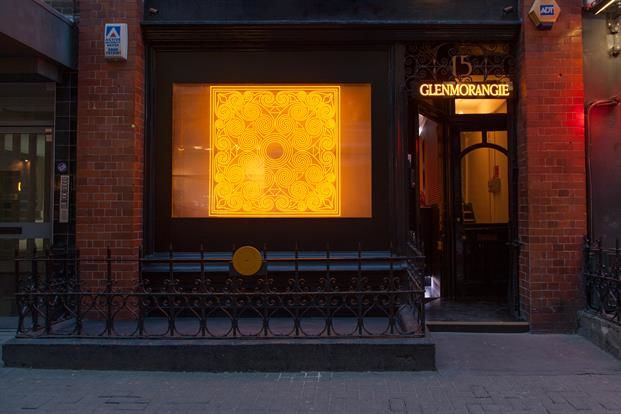 Rebecca Byers — November 9, 2015 — Lifestyle
References: eventmagazine
The pop-up Glenmorangie Bar was a temporary whiskey experience that took place in London's Soho neighborhood earlier in 2015. A collaboration between Glenmorangie and Polar Black Events, the experiential pop-up aimed to familiarize customers with the many ways in which the whiskey can be mixed to create unexpected cocktails.

Located on Bateman Street in Soho, the Glenmorangie Bar served up 'Unseen' cocktails in a space completely decked out in the brand's gold and tangerine branding. Inside, the space featured an exclusive next room built to resemble the Glenmorangie vault. In the exclusive area, guests can learn more about some of Glenmorangie's rarest blends through expert-designed food and drink pairings.

Also available for purchase at the bar was the Glenmorangie 1970's collection, one of only 10 in the world that retail for £25,000.
5.7
Score
Popularity
Activity
Freshness