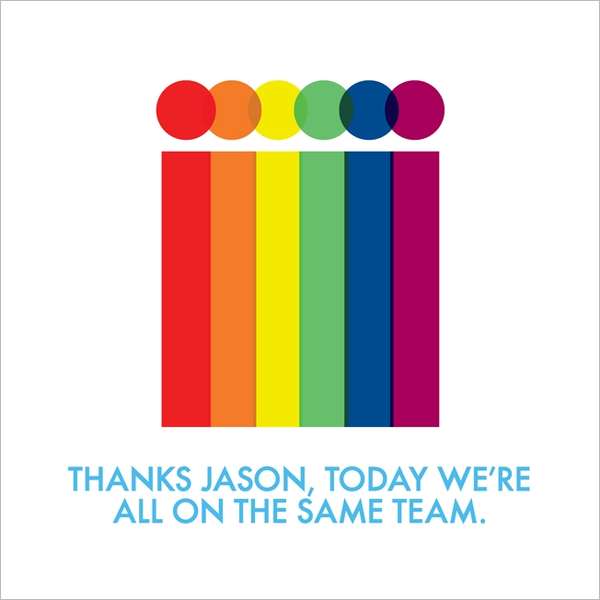 Ryan Fowler — July 2, 2013 — Social Media
References: adweek
JetBlue executes an online tribute to Jason Collins and gay athletes around the world. JetBlue has just recently posted an image created by the ad agency showing a rainbow image of the “i-people” from the company’s “You Above All” brand campaign in support of Collins. “Thanks Jason, today we’re all on the same team,” is the clever and heartfelt copy that goes with the powerful image.

This campaign has been posted to Twitter and Facebook and the responses have been mixed, but fortunately, mostly positive. Jason Collins has shown a great deal of courage; he is the first of openly gay male athletes to come out in major U.S. professional sports. It is nice to see that Jason has been receiving so much support.