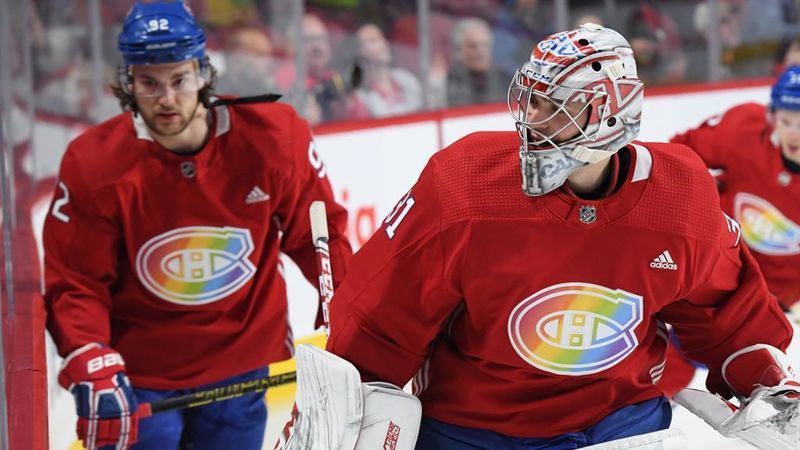 Montreal Canadiens Present the Annual LGBTQ+ Night Amid a Game

One good example of this campaign for social change comes from the Montreal Canadiens, who partnered with You Can Play, to present their annual LGBTQ+ night. As part of this hockey campaign for inclusion, players demonstrated "their support for people of different sexual orientations, gender identities, and expressions" by wearing rainbow-colored jerseys and Pride-themed tape on their sticks during the pre-game warm-up period. These LGBTQ+-celebrating items are autographed and put up for auction until February 29th. The funds will go toward supporting the You Can Play Project, which is dedicated to fight homophobia and advocate for minority communities in the sport.