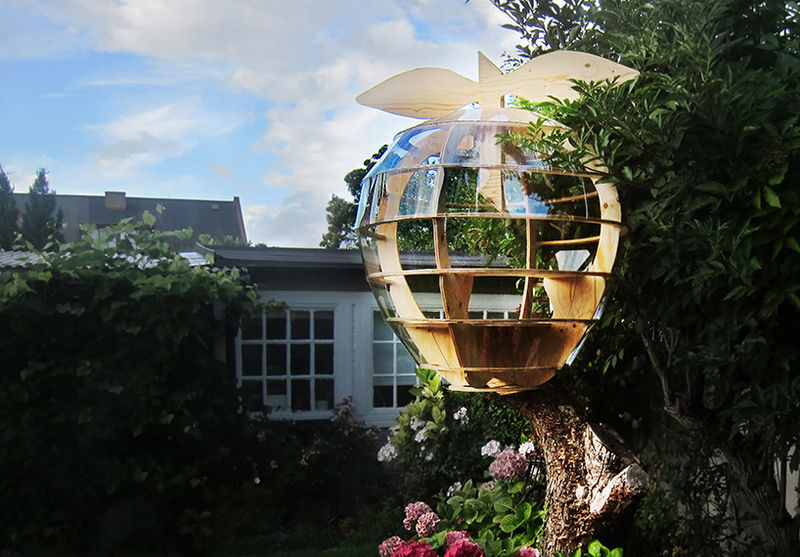 Erica Francis — August 15, 2016 — Art & Design
References: andersberenssonarchitects & designboom
Share on Facebook Share on Twitter Share on LinkedIn Share on Pinterest
Sweden-based 'Anders Berensson Architects' created a unique fruit-shaped treehouse on top of a dead apple tree. As one might guess, the treehouse -- aptly named 'Apple Headquarter' -- takes the shape of an apple. The plywood-made house looks like something one would see in a fairytale like 'Alice in Wonderland' or at Disney World. Apple Headquarter is virtually see-through with its frame being the major design element of the structure. The treehouse also has windows and furniture like a bench and bookcase. There's even a periscope that is hidden inside the rotating stem of the apple; it's similar to periscopes in submarines.

The fruit-shaped Apple Headquarter treehouse would delight both children and adults. The architects behind it show their creativity and intelligence through the adult-sized child-like structure.