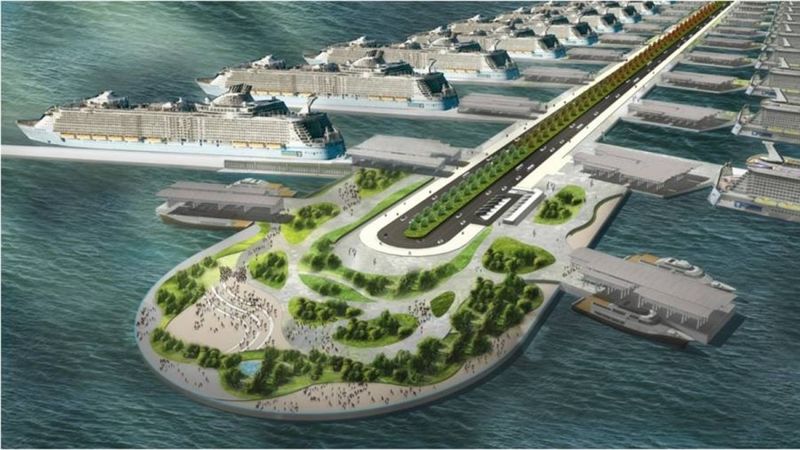 The Proposed 'Floating Offshore Community' is Set in Hong Kong

Comprised of 66 cruise liners, the community would connect to floating piers and a central deck, offering an estimated 4,000 apartments that range from 183 square feet to 549 square feet. In addition to the living quarters, the floating community would feature a community square, gardens, shopping malls and an open-air theater. The conceptual community would additionally come equipped with a ferry terminal, providing a seamless trip to the city's mainland.

The team proposed that these communities be built on the "southeastern edges of the city's marine territory" as the space contains little transport activity. The community, which could be built in an estimated three to four years could alternatively serve as a short-term, transitional housing alternative until the government is able to secure permanent land.
7
Score
Popularity
Activity
Freshness
Access Advisory Services

Floating Platform Saunas
The Bruksvagen Sauna Blends into the Landscape