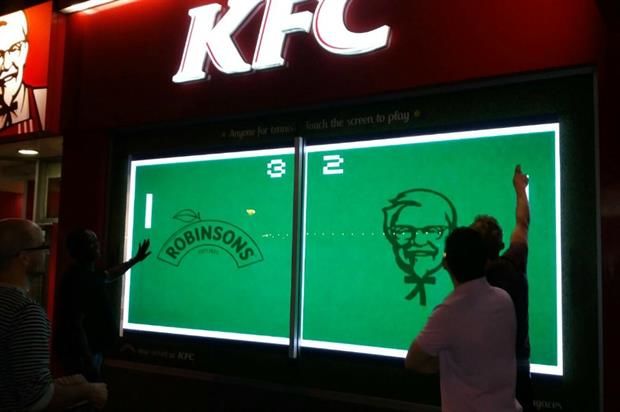 KFC and Robinsons are Celebrating Wimbledon with a Pong Game

Outside of KFC, there is now a large-scale display that allows those passing by to engage in a game of the classic arcade game Pong, which boasts similarities to tennis. The interactive fast food window has players tap on the touchscreen window to quickly maneuver their paddle. When inactive, the window simply displays an advertisement of the two brands, drawing attention to the fact that Robinsons beverages are served at KFC.

To further engage fans, KFC is also running a competition via the KFC Colonel’s Club that will give out tickets for the Wimbledon Final, as well as over 100 Fitbit devices.
6.5
Score
Popularity
Activity
Freshness
Jeremy Gutsche Keynote Speaker