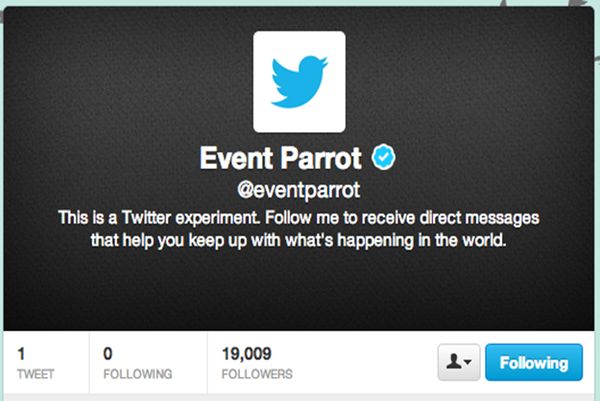 The accounts have over 30,000 followers each and currently, less than 100 tweets combined. This seems strange for Twitter, but not for the nature of this experiment. Reportedly, Twitter is looking “to offer users private and personalized feeds alongside the public one.”

By following these Twitter accounts, users will receive personalized updates, recommendations and breaking news via direct message, which will help Twitter users to better curate content that is useful and relevant to them. Private Twitter accounts like ‘EventParrot’ and ‘MagicRecs’ are used to test features before they go live, so these are the accounts to follow if you want to be ahead of the curve on Twitter.
4.1
Score
Popularity
Activity
Freshness
Attend Future Festival