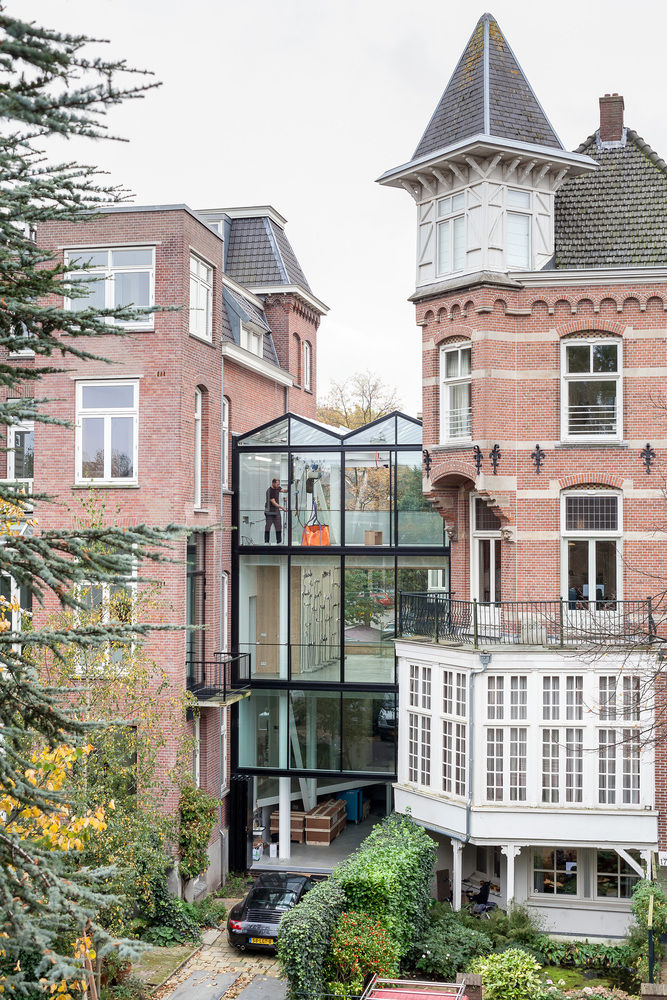 Joey Haar — May 9, 2018 — Art & Design
References: archdaily
Share on Facebook Share on Twitter Share on LinkedIn Share on Pinterest
Traditional architecture is certainly appealing, but that's no reason to revert to archaic styles when building a new edifice, and the EENWERK art space shows the benefit of pushing creativity forward rather than staying rooted in the past. The new building connects two 20th century Dutch townhouses, but it looks completely modern and distinct from both of them, providing a visually interesting juxtaposition.

The EENWERK art space is designed to show off just one art installation at a time ("een werk" means "one work" in Dutch). According to Barend Koolhaas, the architect behind the project, the focus on a solitary exhibit "[invites] both maker and spectator to concentrate on content and form." The metaphor extends to the building as a whole, as it stands in a singular manner, completely apart from -- and yet imbricated in -- the buildings that surround it.