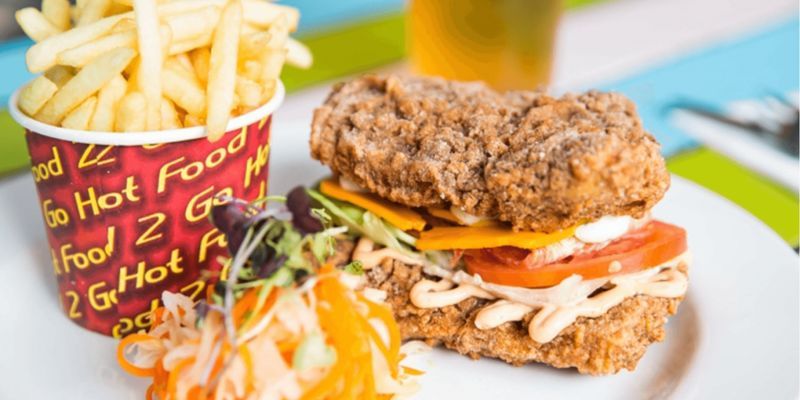 Laura McQuarrie — February 1, 2018 — Lifestyle
References: cornisharms.au & theurbanlist
Share on Facebook Share on Twitter Share on LinkedIn Share on Pinterest
Years ago KFC launched the Double Down burger as sandwich with two patties in place of top and bottom buns. Now, The Cornish Arms in Melbourne, Australia has launched a vegan version of the menu item with entirely plant-based ingredients.

Inspired by of-the-moment happenings in the world of food and pop culture, chef Lloyd Kembrey crafts the recipe with two mock chicken patties made from a base of soy, which are coated in spices, the sandwich is topped with vegan cheese, bacon, as well as tomatoes. The all-vegan bunless sandwich is served with a side of fries and slaw.

Although The Cornish Arms is not a vegan pub, it offers a variety of plant-based dishes and serves 12 vegan craft beers, noting: "dietary preference is no barrier to good food and nights with friends."