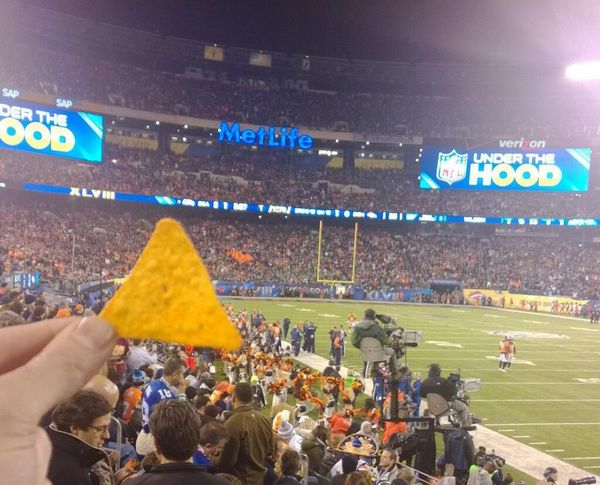 This Doritos Super Bowl Stunt Formed the Largest Dorito Ever

Although commercials are one of the most popular ways to advertise on Game Day, it's definitely not the only way. Doritos proved this to be true by having a group of people dress up in bright orange, which probably didn't seem out of the ordinary since the Broncos were playing and it is one of its official colors. But from the other side of the stadium, the grouping of people were carefully placed and they formed a giant triangle, or a Dorito shape.

As well as generating a great deal of buzz online, Doritos set the record for creating the world's biggest Dorito chip.