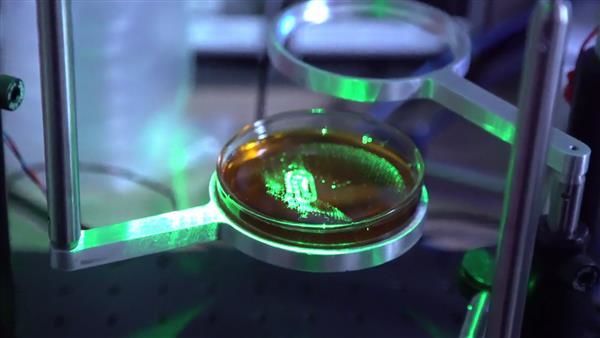 The additive manufacturing system boasts the ability to use projected light field, or a hologram, to cure light-sensitive monomers into solid objects. In contrast to existing DLP 3D printers, this new machine from Daqri sets itself apart by being able to cure an entire object all at once, versus curing 3D prints layer by layer.

As the technology is still in development, Daqri's printer can be used for making small items such as paperclips in as little as five seconds. In comparison to an ordinary 3D printer, this same process would take minutes.
5.2
Score
Popularity
Activity
Freshness
Attend Future Festival