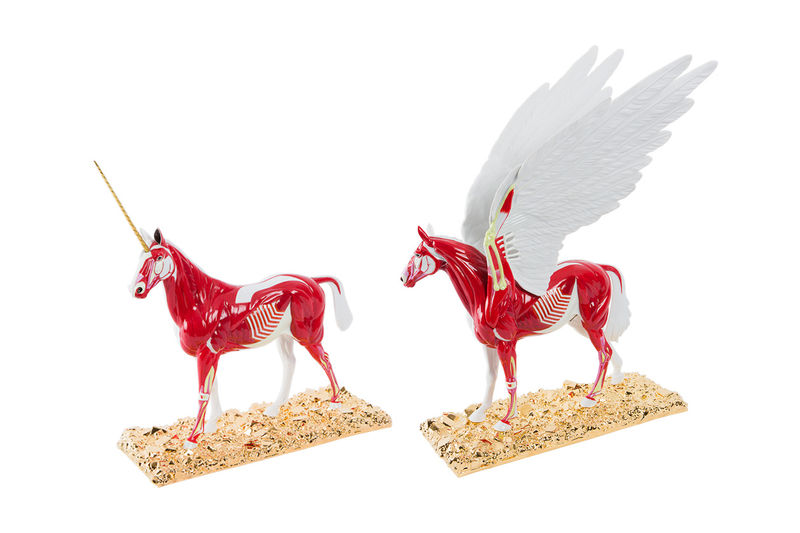 These Damien Hirst Sculptures are Miniature Versions of His Celebrated Works

Looking to recreate them in a smaller form, the English artist has released a set of the two in miniature, with a total of 20 created. Given the immaculate design, as well as the incredibly exclusive nature of the limited-edition Damien Hirst sculptures, it's likely that the few that are available will be quickly picked up, despite the fact that they carry a price tag that exceeds $80,000 USD.

When speaking to the morbid theme that's included on the horse, which are shown with their flesh and bones exposed, Damien Hirst said "I like the way that even by showing these creatures’ insides they still feel majestic and hopeful, so they seem more real and not just creatures from fantasy. Maybe they can even help us in the real world."
4.1
Score
Popularity
Activity
Freshness
Attend Future Festival Virtual