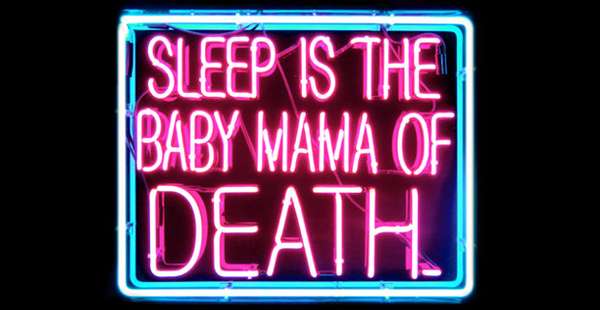 'Come In, We're Closed' Puts an Electric Spin on Hood Situations and Sayings

Meghan Young — March 24, 2011 — Pop Culture
References: patrickmartinez & lifelounge.au
Share on Facebook Share on Twitter Share on LinkedIn Share on Pinterest
Neon signs are pretty iconic, so it's no surprise that Patrick Martinez has put a unique twist on them in his 'Come In, We're Closed' art series to make a rather gangster statement of his own. Instead of the typical "OPEN" and "VACANCY" messages, his artwork consists of such sayings as "Game Recognize Game" and "Selling Out Is The New Keeping It Real."

Based in Los Angeles, Patrick Martinez was obviously surrounded by a lot of inspiration for the Come In, We're Closed art series. By taking over a small store front to display his intriguing neon signs, Martinez not only exhibited visually appealing work but also made a statement on mom 'n' pop shops that have, and continue to be, driving forces behind the U.S. economy.
5.6
Score
Popularity
Activity
Freshness
Get Better and Faster