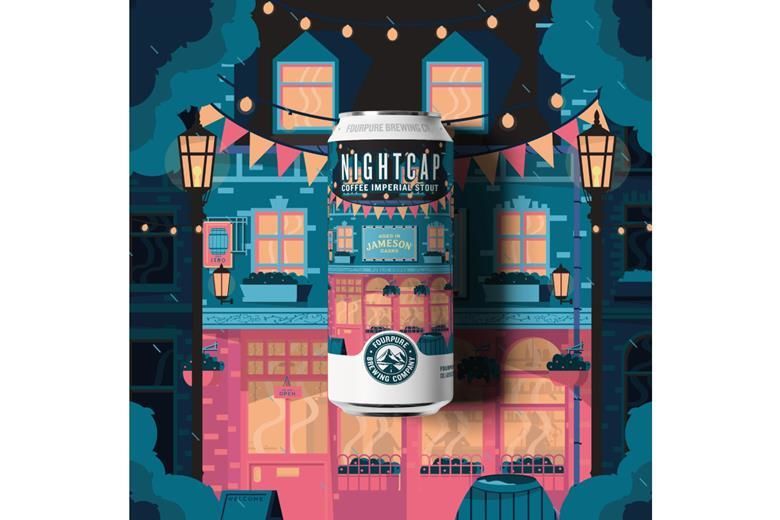 The Nightcap Coffee Imperial Stout Has a Premium Flavor

Michael Hemsworth — November 28, 2019 — Marketing
References: fourpure & conveniencestore
The Nightcap Coffee Imperial Stout has been announced by Fourpure Brewing Co. as a new collaboration product with Jameson Irish Whiskey that is sure to satisfy consumers seeking a libation with a robust flavor profile.

The limited-edition beer is reported to have hints of vanilla along with the roasted flavors of both coffee and cocoa; the barrel-aging process helps to impart a rounded oak finish as well as the warm taste of whiskey. The drink features an ABV of 9% and a suggested retail price point of £5, and follows on the success of the brand's premium limited-edition collaboration with Jameson in September.

Heading of Marketing at Fourpure Brewing Co. Adrian Lugg spoke on the Nightcap Coffee Imperial Stout saying, "Team Jameson are world-conquerors for a reason, they know their stuff. Combining their quality and expertise with our recipes and brewing skills is a lot of fun, and if I may say, makes for a cracking beer. We’re very proud of Nightcap. It’s another example of our continued innovation, pushing flavour boundaries and giving customers something extraordinary outside our core range of beers. And it tastes amazing."
4.6
Score
Popularity
Activity
Freshness