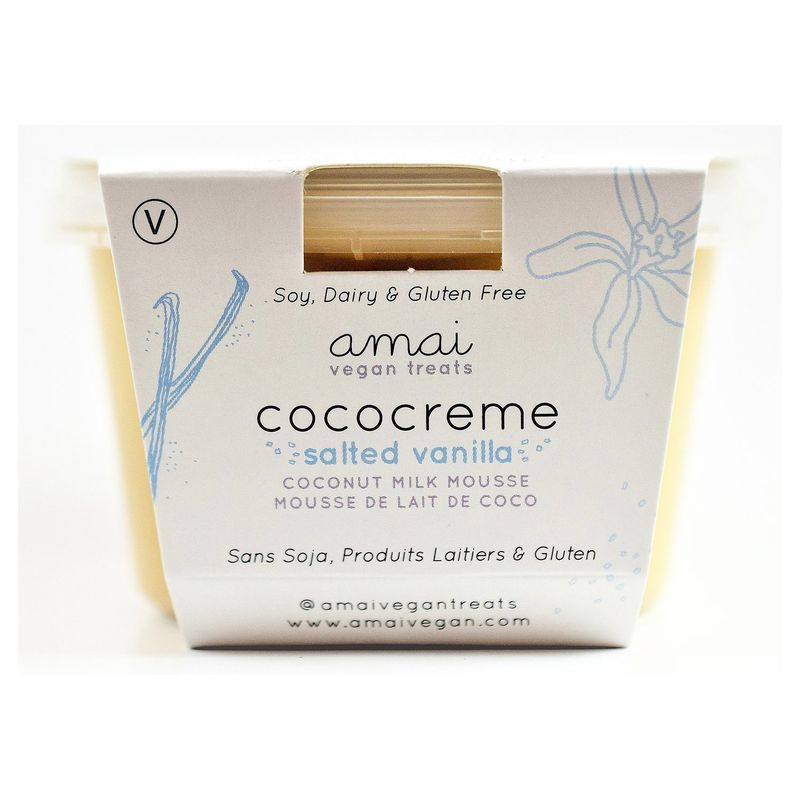 Laura McQuarrie — December 28, 2017 — Lifestyle
References: amaivegan & vegansupply
Share on Facebook Share on Twitter Share on LinkedIn Share on Pinterest
Amai's Cococreme coconut milk mousse is an indulgent, vegan-friendly treat that is made without soy, dairy and gluten. Amai aims to create completely guilt-free desserts, as it avoids the use of preservatives, artificial colours, flavors and fillers, in favor of just four to five simple ingredients.

Cococreme is offered in varieties like Salted Vanilla and Chocolate, both of which are made primarily of coconut milk and slightly sweetened with just organic coconut sugar.

The versatile vegan treats can be enjoyed in a number of ways, such as with fruit or granola. Additionally, the brand also suggests trying it with breakfast foods such as pancakes, parfaits and waffles, or even trying it in coffee as a dairy-free alternative to one's usual creamer. The rich and creamy coconut milk mousse also has the potential to be used in the baking and icing of cakes and cupcakes.
3.2
Score
Popularity
Activity
Freshness
Jeremy Gutsche Keynote Speaker