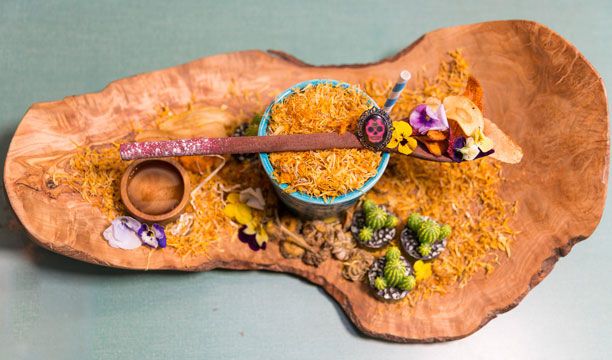 Three Six Six's Cocktail for Halloween is Exotic and Colorful

Unlike many Halloween cocktails that play up dark colors and creepy motifs, this one takes on a far more colorful theme. The cocktail itself is made with a base of Espolon Tequila Blanco that's infused with dried marigold heads, roasted sweet potato and allspice puree, alongside a dark chocolate liquor. Other flavorful elements in this cocktail for Halloween include pan de muerto, also known as “bread of the dead,” plus spicy chipotle syrup, zesty lime juice and an incense tincture.