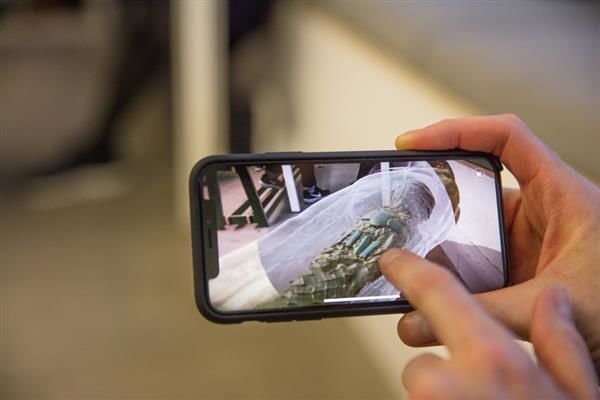 The series offers a look into the origins of human creativity, through everything from ancient cave drawings to modern-day photography. As such, the app will offer a complementary multimedia experience where users will be able to explore historical artefacts and exhibits from around the world.

In partnership with more than 200 organizations, BBC and digital agency Nexus Studios created 3D scans of The Kiss by Auguste Rodin, The Torquay Mummy from the Torquay Museum and the Umbrian Madonna and Child from the National Museum of Scotland. With the app, it is said that users can "rub" their way through layers of history to uncover what the objects originally looked like.