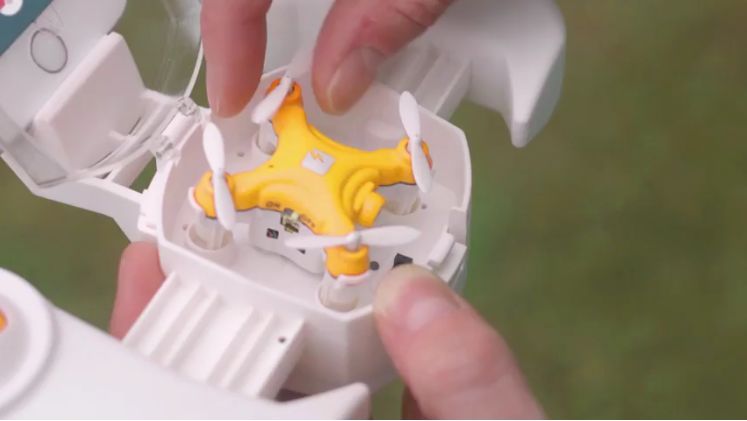 Joey Haar — July 14, 2016 — Tech
References: trndlabs
Share on Facebook Share on Twitter Share on LinkedIn Share on Pinterest
One of the most frustrating parts of Pokemon Go is that users can't catch pokemon that are in places they would never go -- or can't even reach at all. Whether the augmented reality character is in the middle of a lake or, even worse, in an ex's apartment building, there are some areas where its not worth catching them all. With the release of 'Pokedrone', though, users can still grab that rare character by using a phone-controlled drone rather than by stepping foot themselves.

The Pokedrone uses a remote control that attaches to the user's phone and controls a tiny drone with an even tinier camera mounted on it. Using a Wifi connection, the drone communicates with the controller, adjusting Pokemon Go on the user's phone so that the game responds to the drone's GPS and camera (rather than the phone's). This extended range lets hardcore Pokemon Go masters catch pokemon where lesser players can only hope to go.
6.8
Score
Popularity
Activity
Freshness
Jeremy Gutsche Keynote Speaker