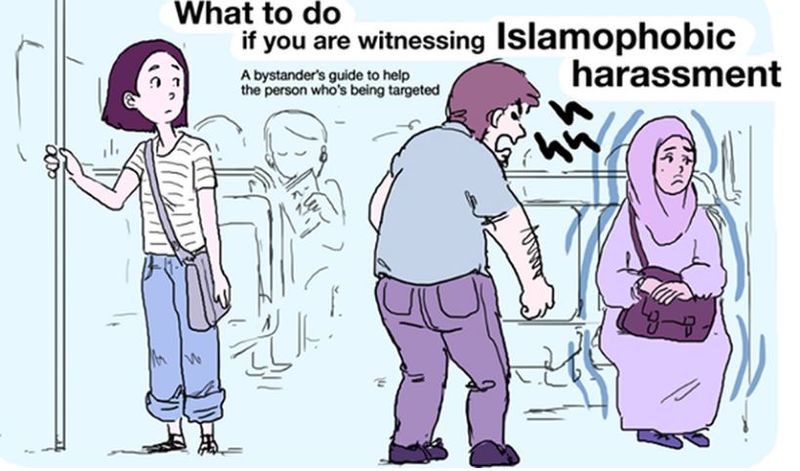 These Cartoon Images Respond to the Burkini Ban in France

Riley von Niessen — September 5, 2016 — Social Good
References: maeril.tumblr & mashable
Share on Facebook Share on Twitter Share on LinkedIn Share on Pinterest
As controversy surrounding the burkini bans in France continue, many are working to show others why the law is oppressive and dangerous to the very framework of a democratic society. One artist contributing to this is Marie-Shirine Yener, otherwise known as Maeril, who lives in Paris.

Throughout her illustrated guide, she explains to others how they should react when they see Muslim women being harassed. In order to do this, she offers peaceful instructions that one can follow -- which work to help those being harassed to get their minds off the damaging behavior. In the cartoon, Marie-Shirine Yener depicts a woman on public transit watching a man yell at a stranger who's trying to ignore him. Following the steps, the bystander approaches and introduces herself to the woman and helps her to build a safe space by generating a more friendly atmosphere.

At the end, the guide encourages bystanders to continue the conversation until the harasser leaves, or to alternatively escort the person being attacked to a safe place. With this, the illustrator offers her viewers a simple way that everyone can help fight Islamophobia in a time when its especially needed given the discriminatory burkini bans in France.
6.1
Score
Popularity
Activity
Freshness
Attend Future Festival Virtual