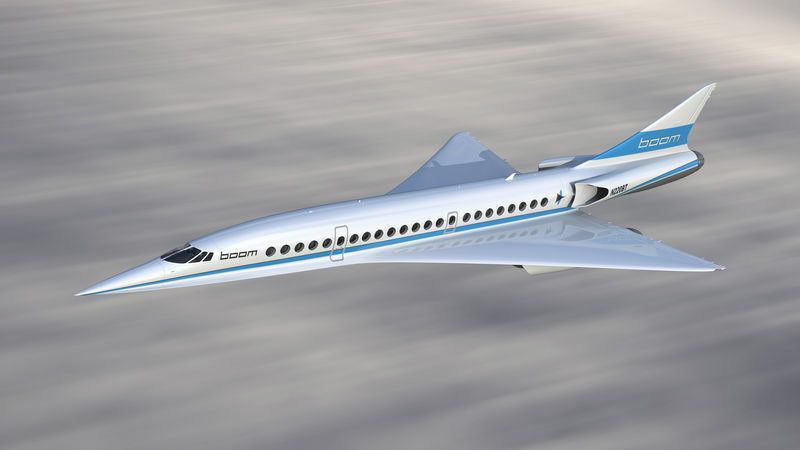 'Boom' Hopes to Succeed in Place of Concorde with Supersonic Aircraft

Joey Haar — November 14, 2016 — Autos
References: boomsupersonic & engadget
Share on Facebook Share on Twitter Share on LinkedIn Share on Pinterest
'Boom' is an up-and-coming airline that hopes to succeed where Concord, the notable, now-defunct airline, failed by offering commercial supersonic flight. With a proprietary plane called the XB-1 set to be released soon, Boom is planning to begin running flights in late 2017.

The benefit of supersonic flight is that, quite simply, it is significantly faster than traditional flying. In fact, Boom's XB-1 reaches mach 2.2, making it 2.6 times faster than any other airliner currently flying. With that kind of speed, passengers could fly from New York to London in just three hours and fifteen minutes.

Though commercial supersonic flight is not new -- see the above-mentioned Concorde -- Boom hopes to succeed thanks to modern technology. One of the reasons Concorde failed was cost: the Concorde jets used massive amounts of fuel, and that cost was passed on to consumers. Boom's XB-1 uses a modern engine that is far more energy efficient, making it a more affordable option for passengers.
5.5
Score
Popularity
Activity
Freshness
Get Better and Faster