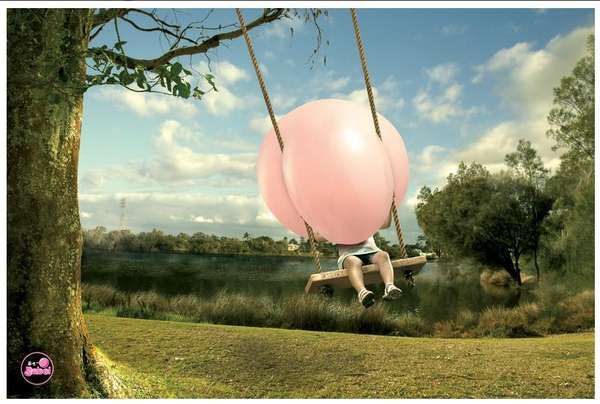 Bianca — May 16, 2008 — Lifestyle
References: bigbabol.it & adofdamonth
Share on Facebook Share on Twitter Share on LinkedIn Share on Pinterest
I must have invested hours as a kid trying to blow big, pink bubbles with my chewing gum. I could blow small ones, and every once in a while I managed a big one, but it never lasted long enough to be captured in a photo. I went through all sorts of brands, including tubs of the 5 cent per piece kind. I guess I should have tried Big Babol.

50 Chewing Gum Creations
From Carnivorous Candy to Gum-Covered Cars, These Creations are Sweet