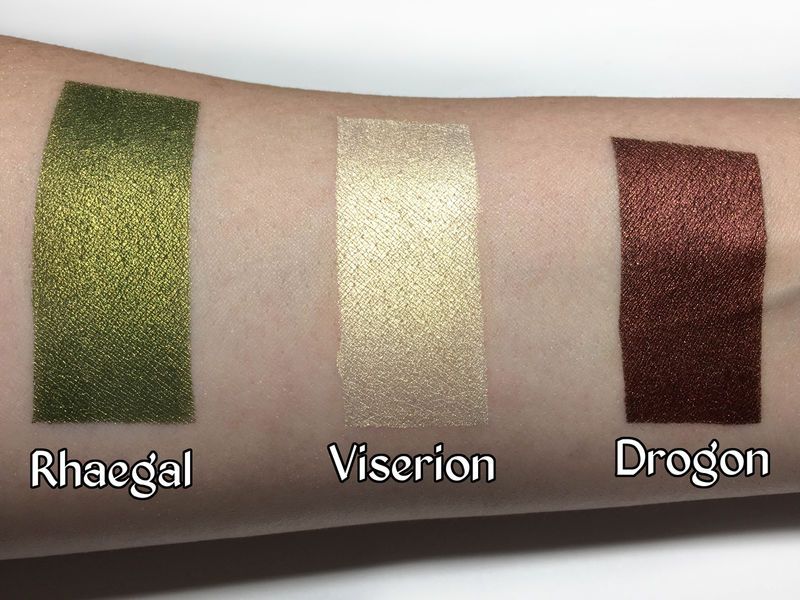 The shades can all be purchased as singles or as a palette, which runs for $18 USD. The three shades are dubbed 'Viserion,' Rhaegal,' and 'Drogon,' all of which are named after the dragons who were born to Daenerys Targaryen.

In order to fully execute this inspiration, the shades are made to match the colors of the dragons, however in a more wearable and flattering way. For example, Drogon is a deep hue of red, Rhaegal is a copper-green, while Viserion is a metallic white.
2.3
Score
Popularity
Activity
Freshness
Get Better and Faster