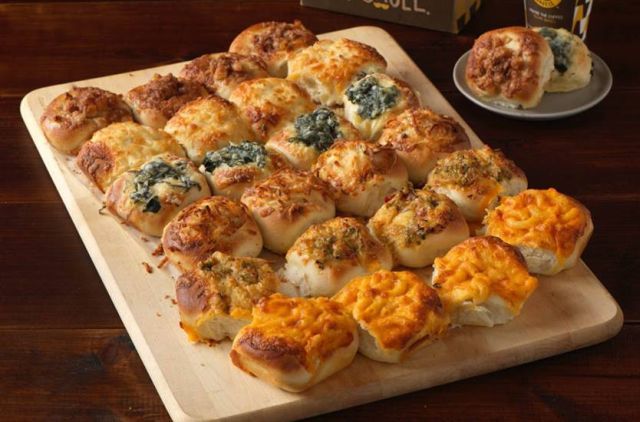 The Einstein Bros. Bagel Breakers are Perfect for Gatherings

Michael Hemsworth — May 29, 2018 — Lifestyle
References: einsteinbros & brandeating
The Einstein Bros. Bagel Breakers have been announced by the brand as a new option that's available for catering orders to offer something different for gatherings, events or meetings.

The large bagel loaf consists of 24 half-sized portions that can be easily pulled off rather than requiring a person to take a whole bagel. This makes it perfect for gatherings where participants are likely to be more oriented towards smaller bites rather than larger meals and allows everyone to try multiple flavors rather than just one.