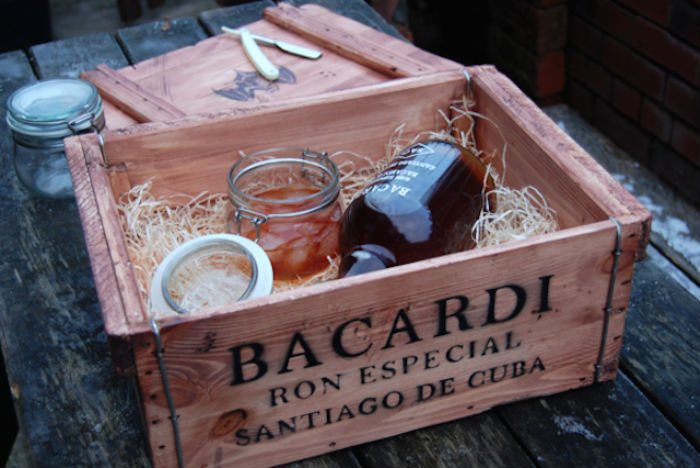 Laura McQuarrie — August 31, 2014 — Lifestyle
References: bacardi & psfk
Share on Facebook Share on Twitter Share on LinkedIn Share on Pinterest
'Original Bacardi' rum is a new drink from Bacardi that revisits its Cuban roots. The Bacardi drink comes packaged in a simple oak crate, which contains a dark glass bottle filled with rum and mason jar glasses for serving. On the outside of the box is the brand's iconic bat logo, as well as roughly stenciled text that reads "Ron Especial" and "Santiago de Cuba," denoting that this is a special rum that comes from Santiago, Cuba.

The packaging developed by Sam Lane Design helps to revive an era that has long since passed through authentic, low-key materials that are a little rough around the edges. To compliment the packaging, several ads were also created, branding the new Bacardi Original as "Heritage in a bottle."
2.8
Score
Popularity
Activity
Freshness
Attend Future Festival Virtual