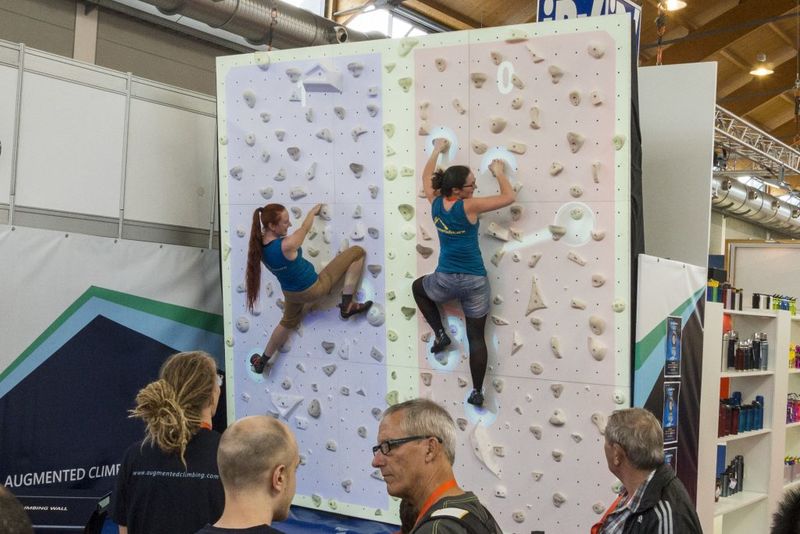 Joey Haar — September 19, 2016 — Tech
References: augmentedclimbing & thenextweb
Share on Facebook Share on Twitter Share on LinkedIn Share on Pinterest
Climbing gyms have gained popularity lately as a way for people to get exercise in a fun and challenging environment, and 'Augmented Climbing Wall' is a company devoted to further gamifying the climbing experience. The company's system uses AR technology to turn climbing walls into games, challenges, guides and much more.

According to its website, Augmented Climbing Wall uses a combination of projected graphics and proprietary body tracking technology to make interactive games and training exercises for climbers.

The games include Whack-A-Bat, in which climbers have to reach and "whack" images that pop up around the wall, and a version of Pong in which climbers have to touch a ball to reverse its direction and send it toward their opponent. For training, the Augmented Climbing Wall system can chart routes for climbers or even project images of the climbers themselves as instruction.
5
Score
Popularity
Activity
Freshness
Access Advisory Services