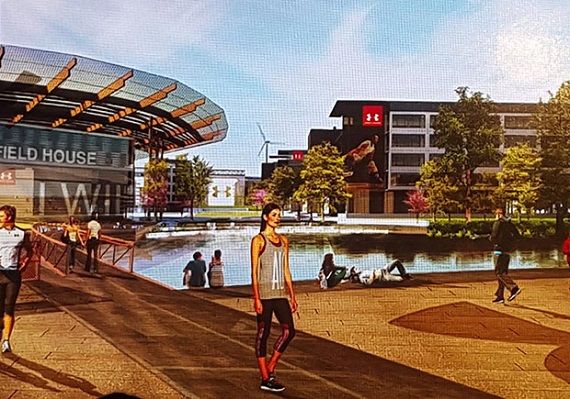 Under Armour's New HQ is Styled as an Educational Campus

Christopher Magsambol — September 23, 2015 — Art & Design
References: bizjournals & freshnessmag
Athletic retailer Under Armour has released pictures of its long-awaited new headquarters. The brand is dubbing the new venture as an the Under Armour Campus, and it will house much more than just offices. The retailer plans to include innovation labs, sports fields, fitness centers, production areas and park/green spaces. The current Under Armour head office is not far from the proposed campus, but is far too small for the brand's growing staff.

The planned campus will redefine Baltimore's Harbor and play host to a modern complex that spans all of Under Armour's operations. The brand's CEO has invested a lot of money into the new venture and hopes the current growth of the company will continue at its new home.

The athletic retailer's campus will follow in the footsteps of competing brands like Nike and adidas that also boast impressive, technology-focused complexes.
1
Score
Popularity
Activity
Freshness